Southlake, TX-March 2016...Although its building is of recent vintage, Lakeside Presbyterian Church's growth led to a major expansion project that, when completed in July 2016, will essentially increase the size of the sanctuary from 125 to 250 seats. In the meantime, about 1,400 square feet of the sanctuary is off limits behind a temporary wall in front of the regular altar/stage area. Nevertheless, regular worship continues unabated. Making that possible meant rethinking the sanctuary sound system to meet both the temporary needs of the reduced space and the longer-term needs of the expanded final space. For the Dallas/Fort Worth-area congregation, this also presented an opportunity to switch from an older analog mixing system to a state-of-the-art Mackie DL32R rack-mount digital mixer with iPad control.

"Switching to the DL32R gave the Lakeside team a sound system they could grow with," begins Jeff McLeod, managing director of systems integrator Church Audio Video, which 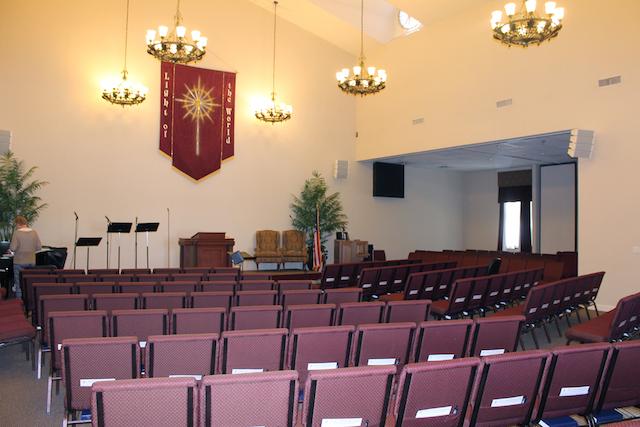 designed and installed the new system. "Actually, the DL32R addressed multiple issues. We could put the mixer in a rolling rack, and all the worship team needed was a wireless router and an iPad to control it. Since the rack is highly portable, the mixer could be used during construction. We got the church a short, portable, eight-channel snake on a reel, and they set up a temporary stage where the mixing rack sits. When construction is completed this summer, we'll install the mixer on the permanent stage, and they'll have the same mixing

Lakeside Presbyterian has a small praise band, sans drums-mostly keyboards, guitars, piano, and vocals. They also have an electronic organ. But like the sanctuary, the praise band will grow. "The DL32R allows the system to expand as the church grows and adds more contemporary elements to their worship," observes McLeod, a worship leader with more than 25 years of experience on staff at various churches. "In addition, recording has been limited to 2-track, direct-to-CD, but with the DL32R, they are set up to do multi-track recording. It's really easy with the DL32R."

The DL32R's iPad control offers important advantages, McLeod explains. "The sanctuary had a little cubbyhole in a corner where the sound person ran front-of-house. That corner was probably the worst spot for mixing. Now the sound person can sit with his family and mix services. He can even move around the space to check the sound while controlling the system." 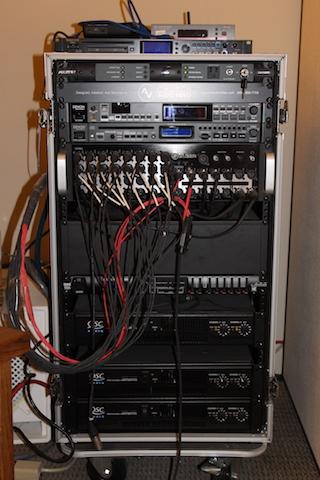 The all-volunteer worship team had no problem learning to operate the DL32R. "The Master Fader™ control software is extremely intuitive and easy to deal with," notes McLeod. "We went in on a Wednesday and set up the system. The worship team watched a video and downloaded the manual. We went back to the church on Friday, and within an hour they learned how to use the mixer.

On Sunday, they were up and running, mixing services. Since then, we have not gotten a single call about 'this

doesn't work' or 'we don't know how to make this happen.' And with the DL32R's scene memory, if they have an event, and one of their regular technicians isn't there, they can just recall a scene and be in great shape."

The Lakeside worship team is rolling now, and with much less stress than they probably anticipated. "They're amazed that it is so easy for them to operate," McLeod relates. "Now they can walk into the sanctuary with an iPad, control the sound system, and hear what they're doing from anywhere. How great is that?"