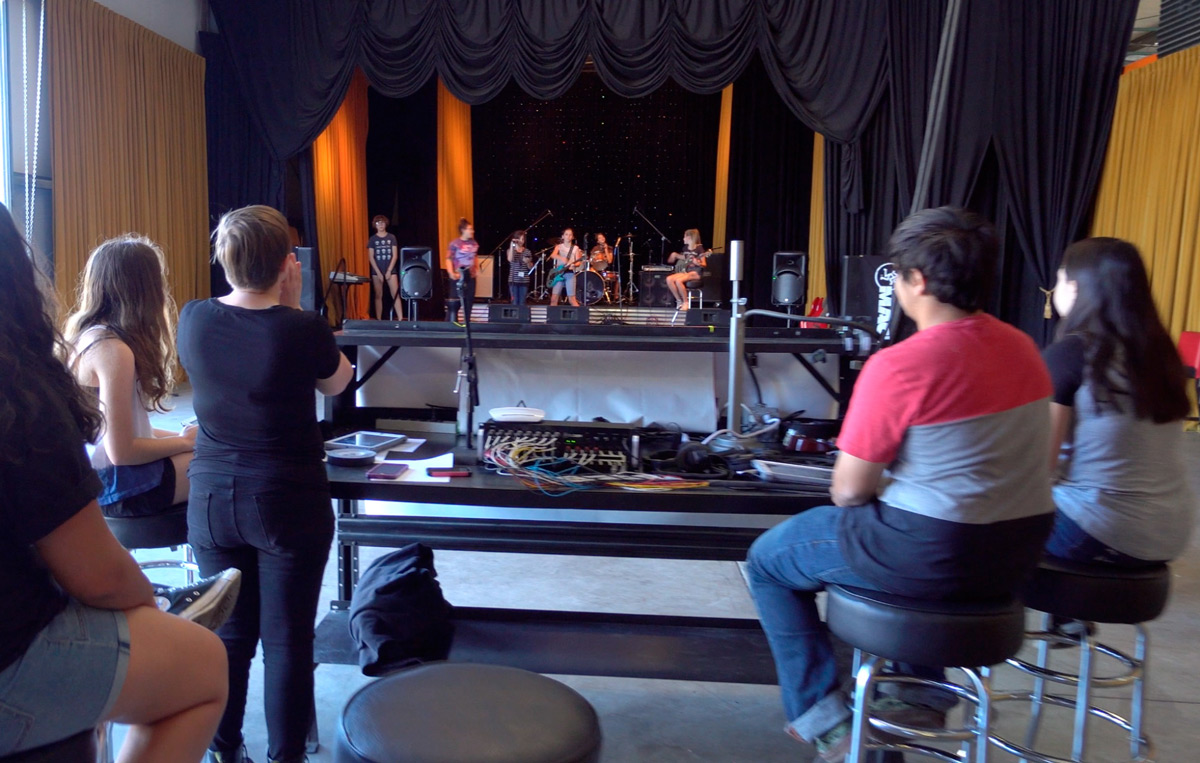 It's no secret that pro audio, and live sound in particular, has traditionally been a man's world. Though there are thankfully more women in audio today than in years past, the balance is still heavily skewed. As SoundGirls president and co-founder Karrie Keyes explains, it was that scarcity of women that led to the founding of the organization.

"I was on an AES panel a few years back with several other women in our industry, and we all just thought it would be great to have a way to keep in touch," she begins. "We started out as mostly commiserating with each other, but it quickly evolved into a great support network, and then into our educational initiatives."

Every summer, SoundGirls sponsors a series of summer camps across the US, teaching groups of teenagers what it's like to mix a live show. "We start them out with the basics - from winding cables to signal flow," explains SoundGirls Co-Director Tiffany Hendren. "They learn how to set up a PA, how to choose their mics, do a stage chart, and at the end of the week, they run a live show."

With only a few days to go from the basics to a live show, SoundGirls relies on equipment that's easy to understand and easy to operate. A pair of SRM450 loudspeakers makes quick work of the PA setup. "The SRM monitors are great," says Hendren. "They're easy to set up, and light enough that two 13-year-olds can assemble this PA in just a few minutes. And they're loud enough to give them a feeling of what it's like to mix a live rock band."

When it comes to teaching signal flow, analog is the way to go, using several Mackie ProFX8v2 mixers as an easy visual and tactile teaching tool. "We found, especially with this age group, a diagram or a flow chart isn't going to click for anybody," muses Keyes. Once they've mastered the basics, the campers move on to mixing FOH and monitors with the Mackie DL32R mixer via the Master Fader™ app. "For this generation, mixing on an iPad is such a natural concept," says Keyes.

After four days of preparation, including live sound checks for a variety of local artists, the SoundGirls campers convene in a local venue to celebrate a triumphant week. As Hendren points out, the experience not only empowers them as young women, it gets them thinking outside the traditional career box. "We hope, and I think they do, come away from camp thinking, 'that was cool, what else can I do?'"