Jason Stiegler gets intimate with Mackie SRM and DL32R 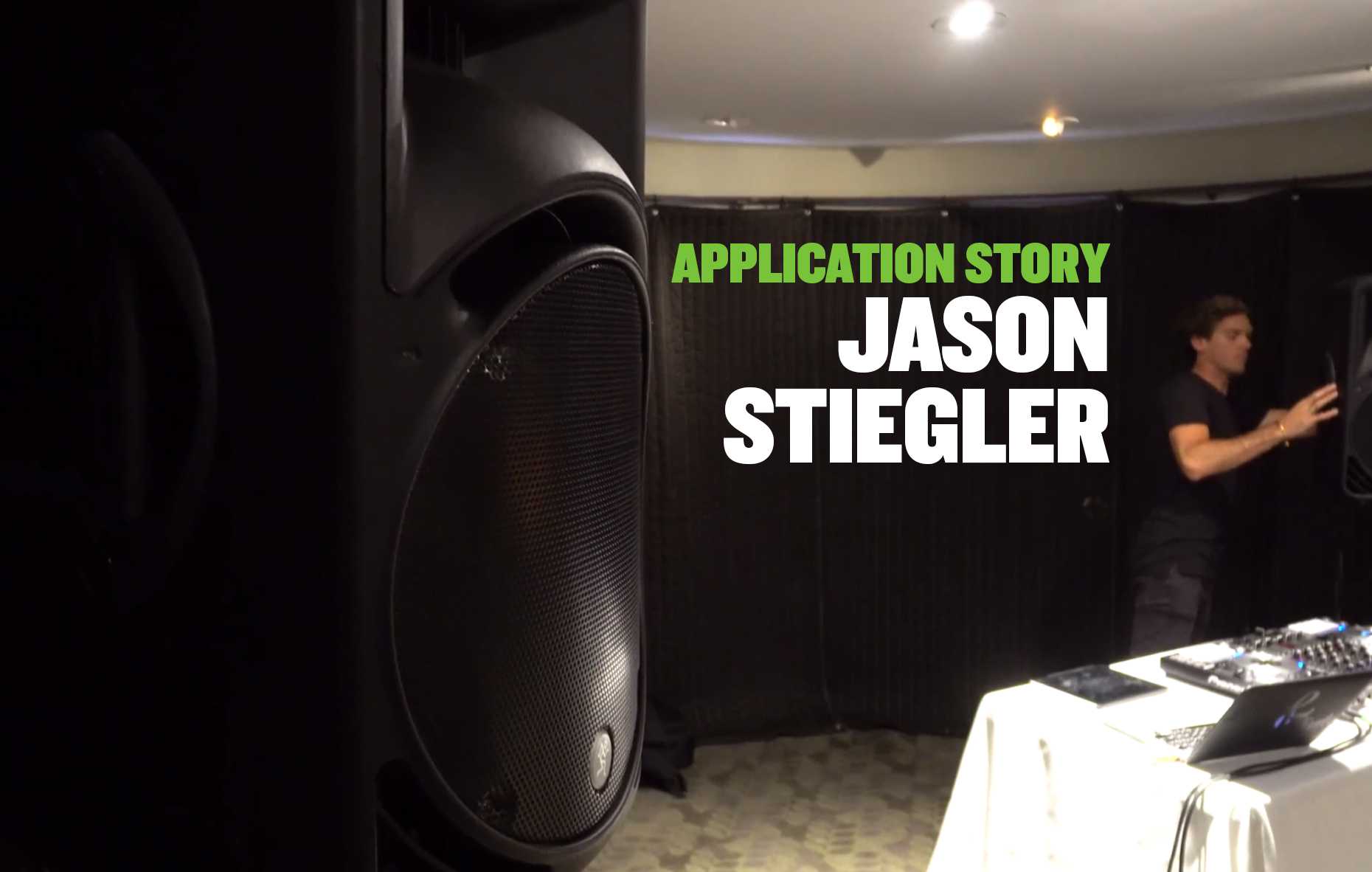 Jason Stiegler is one of those guys who can’t sit still. When he’s not bouncing between tours with Capital Cities, Atlas Genius, or The Ting Tings, he’s in the studio producing an eclectic range of projects. In his spare time, he’s out spinning tracks at venues and parties across Southern California.

It’s a schedule he loves, doing work he enjoys. In particular, more intimate clubs and parties provide a way to test out new tracks and gauge audience reaction, he explains. For these gigs, he carries a sound system that fills the room but fits in his car: Mackie SRM450 loudspeakers, SRM1550 subs, and a DL32R wireless digital mixer.

“Sometimes we play some fairly intimate clubs, or even house parties, and I need a rig I can move and setup easily,” he explains. “At the same time, it’s really important for us to have a small but powerful rig that can make electronic music come across the way that it’s supposed to come across. The SRM speakers definitely deliver.”

Stiegler is also a big fan of the Mackie DL32R for these events. “What’s great about the DL32R is that I can set it up anywhere in the house,” he offers. “We’ve used it on tour as a monitor desk, and as a FOH desk on smaller shows. Tonight we’ve got it set up under my DJ rack. I can walk around the room before the show, EQ and time-align the speakers, and check the sound from anywhere in the venue. It allows me to do all the things I can do on a larger scale with a larger system. The SRM speakers with the Mackie DL32R is a powerful system that can make a small system sound as good as a big system.”

Wireless mixing has definitely made a difference in how he approaches his work, says Stiegler. “The fantastic thing about wireless mixing is that you’re able to hear the mix from different vantage points throughout the venue. I’m no tied down to a specific location. It’s something you’re just not able to do with a conventional FOH mixer.”

“The ability to use it not just as a mixer but as a multi-track recorder, to take those recordings and load them into your favorite DAW – it’s something you just can’t do with most mixers.”

Stiegler sums it up: “The future is upon us, and I think it’s in the form of wireless mixing.”