Why You Should Use an Audio Interface for Streaming

Why you (definitely) Need an Audio Interface for Streaming

Much like having a high-quality webcam with good lighting in your room, your audio quality also has an immense impact on your brand as a streamer.

And one of the easiest, and most cost efficient ways to improve your audio quality is by investing in an audio interface.

If you've done any research into what you need for a streaming setup that gives you modularity for the long term, it's likely you've also read about audio interfaces.

But for a device that's commonly associated with musicians and producers, what benefit does an audio interface provide to streamers?

What is an Audio Interface?

In order to understand the various benefits that an audio interface provides, it's important to know what it actually does.

Put simply, an audio interface converts an analog signal into a digital format that can be read by your computer.

This is what allows musicians to record vocals or instruments in a digital environment. Or in this case, streamers to use analog equipment, like microphones that use an XLR connection, in software like OBS.

An audio interface effictively bypasses your computer's internal sound card. And any audio processing now occurs on the interface as opposed to the internal system, which segways perfectly into one of the most important benefits of using an audio interface, latency-free monitoring.

These are the main benefits to using an audio interface:

Monitoring is the act of listening back to, and analyzing any audio that you're either putting out or receiving.

And any added latency can make this process incredibly frustrating, which is typically a symptom of using internal sound cards or built-in drivers native to your system while recording or streaming live.

For example, a singer will need to hear themselves in their own headphones during the recording process. If there is any delay (latency) to their signal during this process, it will be difficult to sing on tempo.

And in a situation like livestreaming, you don't have post production to clean up any mistakes so having real-time feedback is crucial to delivering an exceptional performance. 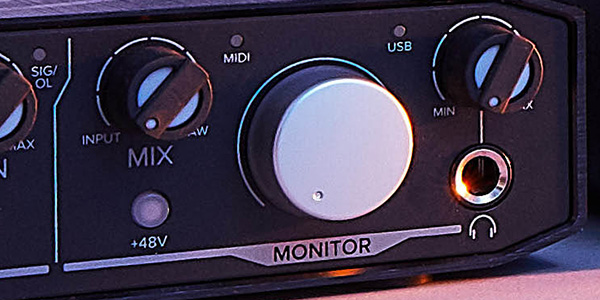 Put simply, if you're streaming a video game to thousands of viewers, you're going to want to hear your mic signal, and any other audio sources without any delay.

On it's own, a microphone produces a very low, essentially inaudible signal that's referred to as a mic level signal.

The typical mic level signal is anywhere between -60dB and -40dB.

So in order for a listener to hear this, the signal needs to be amplified to a nominal level.

And this is precisely what a preamp does. 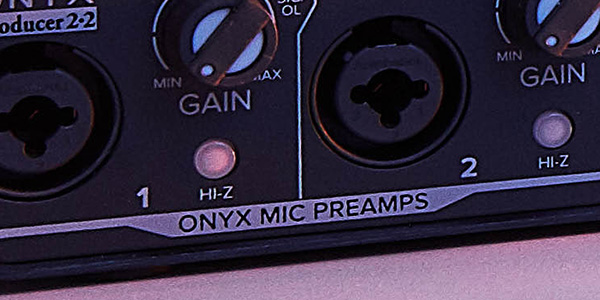 A preamp, or often times referred to as mic pres, simply applies gain to a signal to bring it up to a nominal level for recording or streaming.

And one of the main benefits of an audio interface is that they will be built with higher-quality preamps (like the Mackie Onyx Preamps) which produce a clean signal with low noise.

A preamp can affect your audio signal in several ways:

In addition to acting as an interface with high-quality preamps, the M•Caster Studio also offers on-board vocal processing with presets that shape your tone with EQ and compression.

These presets can be adjusted depending on how much of the effect you want to apply. This makes it easy to achieve that perfect "broadcast" tone that's suited for your voice without any experience or additional equipment necessary.

Let's get one thing out of the way first — are XLR microphones inherently better than USB microphones?

Well, the answer is both yes and no.

In fact, in a lot of cases the microphones are made with the same, or similar internal components.

The main benefit to having an XLR connection is the modularity it provides whereas using a USB microphone is all about convenience and having a minimal, low-cost setup. 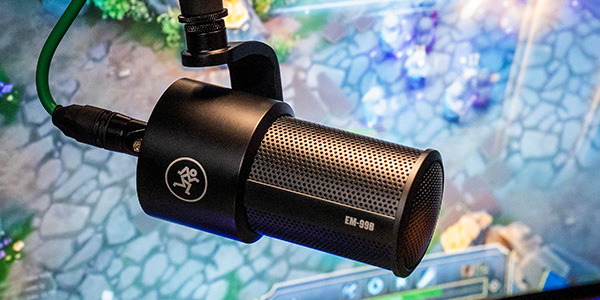 The main difference with USB microphones is that they have a built-in analog to digital converter, effectively acting as the audio interface itself. This is also what allows you to monitor your computer's audio through the USB mic.

With an XLR connection, you'll have a much wider selection of microphones to choose from including any pieces of external analog equipment like preamps, interfaces, and more.

For the long term, and as a streamer who may be looking to improve their setup overtime, using a standalone interface with an XLR microphone will offer you much more opportunity to expand your setup and invest in higher-quality equipment.

What if I only Want to Use a USB Microphone?

As stated earlier, a USB microphone actually acts as an audio interface itself, though the benefits it provides are not quite comparable.

The main reasons you would opt to use a USB microphone are:


If you plan on adding any instruments to your streaming setup or upgrading your microphone in the future, having a standalone audio interface gives you that modularity.

However, if all you plan on using is a microphone, then a USB-only device, albeit limited for the reasons mentioned, will give you what's needed for a simple streaming setup.

So you don't actually need a separate interface if the USB microphone already suits your needs as a streamer.

At the surface, it's easy to explain that an audio interface offers better sound quality.

But what does "better" actually mean in this context?

First and foremost, the converters in an interface are going to be higher quality than what's offered by a built-in sound card.

To most (without a trained ear, that is), the difference may not be noticeable, but it's there.

An audio interface gives you the ability to record at a high bit depth. 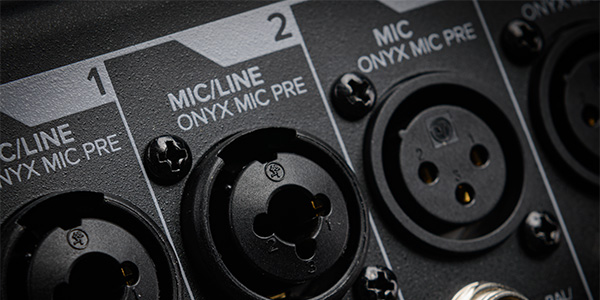 A higher bit depth will capture a higher dynamic range of the audio being recorded.

Sample rate defines the number of samples taken from an analog signal per second. In other words, the higher the sample rate, the more the audio source is sampled per second.

This is typically more than enough to produce a high quality sound without losing any important dynamics or audio information.

As for recording, many stick with using a bit depth of 24.

Most, if not all interfaces offer high-resolution recording with 24 bits and a sample rate of up to 192kHz

However, there is a practical limit to the bit depth you use as anything higher may begin to deliver diminishing returns like large file sizes or intense loads on your CPU.

So, Which Audio Interface should I Buy?

Here are our recommendations for audio interfaces that are perfect for livestreaming and those just beginning to build their setup: 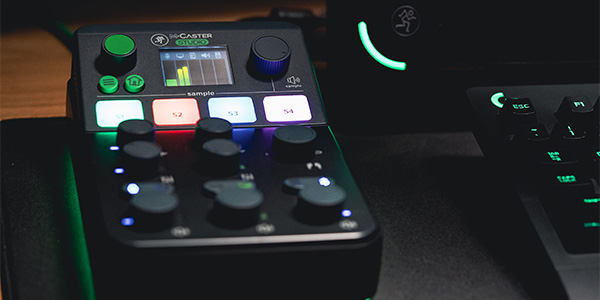 The M•Caster Studio is a mixer/stream production device but also acts as your audio interface. 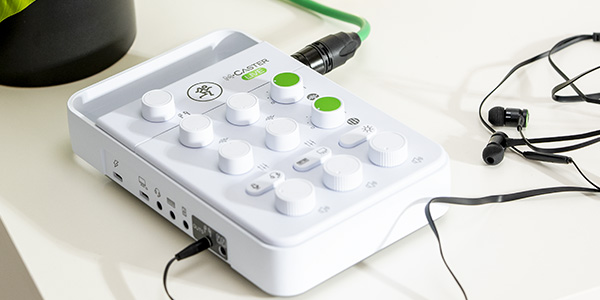 The predecessor to the Studio, Live offers similar functionality with a more minimal feature set for streamlined use. The M•Caster Live is better suited for mobile streamers or those on-the-go.


Ultimately, the best audio interface for your streaming setup will depend on what you've decided will fit best into your setup and streaming production needs.