Upon graduating high school, Alex Arzate needed a gig. The Greater Chicago Area native's band was going nowhere, and DJ'ing seemed a potentially profitable way to employ his musical talent. "I started on CDs and didn't know a lot about DJ'ing but I collected as much music as I could, doing house parties and smaller bars, pretty much anywhere someone would let me set up," he recalls. "Later, I went back and collected and played vinyl." Drawing on his knowledge of Latino music and culture, Arzate, aka "DJ-X," created a distinctive style and steadily moved up to bigger clubs and radio stations. "I did remixes but didn't know what I was doing," he admits, "so I went to school at Full Sail online and got my production skills down. Promo Only was one of the pools that picked up my remixes, so radio stations across the country started playing them. I did remixes for Maroon Five, Selena Gomez, and Meghan Trainor. Trainor's 'My Lips Are Moving' was the first remix I did that got national attention."

Performing at Chicago's Studio Paris nightclub, Arzate caught the ear of someone from Latino Mix Chicago (93.5 FM), which led to a weekend radio show. About a year later, he opened for Pitbull. "Pitbull is the boss man now," he asserts. "After I opened for him, some of his people asked me to be part of Pitbull's Globalization Radio on Sirius XM, which is one of my main gigs now. I'm on there the last Sunday of every month. I also have a residency at Nacional 27 in Chicago, as well as monthly or bi-monthly residencies in San Diego, Seattle, L.A., and Miami."

Initially, Arzate monitored with headphones but eventually, he switched to in-ears. Today, he relies on Mackie MP-220 professional in-ear monitors. " I used a lot of regular headphones," he recalls. "The sound quality was consistent, and the comfort was okay once I got used to them, but they didn't have the durability that I wanted, so I kept switching headphones. I tried some in-ear monitors before I discovered the Mackies, and they felt comfortable but the cables were always breaking, and custom-molded in-ears are very expensive."

Then an old friend who worked at Mackie played one of Arzate's venues using Mackie MP-220 professional in-ear monitors. "The first thing that caught my attention was the hard case because it was small but sturdy," Arzate relates. "I like the durability, especially the cable, which hasn't broken the way the others did." 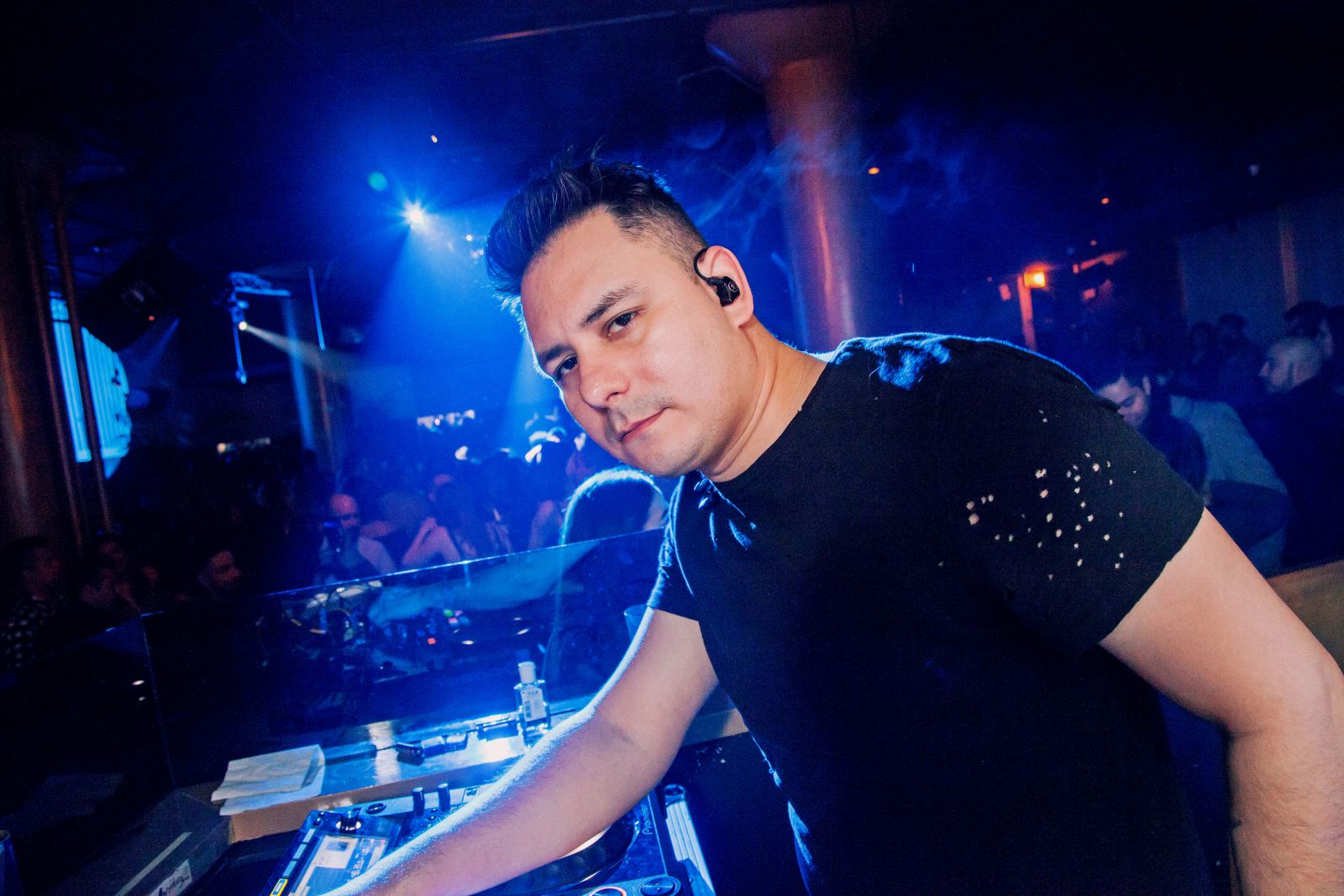 As important as durability is, with monitors, hearing is believing. "I tried the MP-220, and they really sounded good," reports Arzate. "In particular, the reduction of sound was great. It was different; I'd never tried monitors that reduced the sound that way. Because of the snug fit, I was able to really feel that isolation and hear my music better."

With the MP-220's up to 40 dB SPL of sound isolation, Arzate was able to run his monitors at a reduced volume. "With other in-ears, people sometimes leave the cue volume way up, and the drivers blow the minute you plug them in," he cautions. "But with the MP-220s, there's no need to turn up the volume because the isolation is so good. I fly with the MP-220s, and they cancel out everything. As a producer, I can mentally block out sounds, but with the MP-220s, I can really home in on the sounds I want."

Mackie provides three different ear tips for the MP-220-foam, silicone, and double flange-each in three sizes. "I use the small tip with the double flange because they fit the snuggest," Arzate details. "The more snug you get, the better the bass response and overall sound without having to turn the volume up or keep your hands on the in-ears. The MP-220s almost feel like an expensive custom mold; I really like the fit."