Seattle, WA — August 2018… Seattle musician Heather Thomas is a study of contrasts, a star on the rise with a down-home style. A drummer since her early teens, Thomas serves as the heartbeat of the likes of Mary Lambert, recording with artists such as Scarlet Parke, Darci Carlson, Jerett Samples, and The Bad News Botanists. And as her 2017 debut solo album People in Places demonstrates, she’s equally at home at center stage, leading the Heather Thomas Band on vocals and drums. Thomas’versatility is as remarkable as her ability to be authentic in that range of spaces: She draws a crowd on city streets, busking with her ukulele as a solo singer/songwriter act; and raises the roof as mesmerizing vocalist and front-of-the-stage percussionist for General Mojo’s, a psychedelic pop band with a decidedly Northwest flavor.

Recently, Thomas began digging into the production side of her music, building skills to take more control of her environment and to make sure she always has what she needs. In the studio, she’s been digging into her Mackie Onyx interface, and earlier this year recorded a few yet-unreleased singles.

But it’s Mackie’s FreePlay Live personal PA that’s helped Thomas change gears where her live shows are concerned. As can often be a drummer’s lot, she’s shown up for gigs only to be told there was no drum monitor available for her—the lead singer of the band. “Having a FreePlay is honestly a huge game changer,” she says. “I can bring it and plug it in and they can just give me a line. It's like a bit of security for me to know that I will be able to hear myself—just taking ownership of that and being able to provide for myself.” 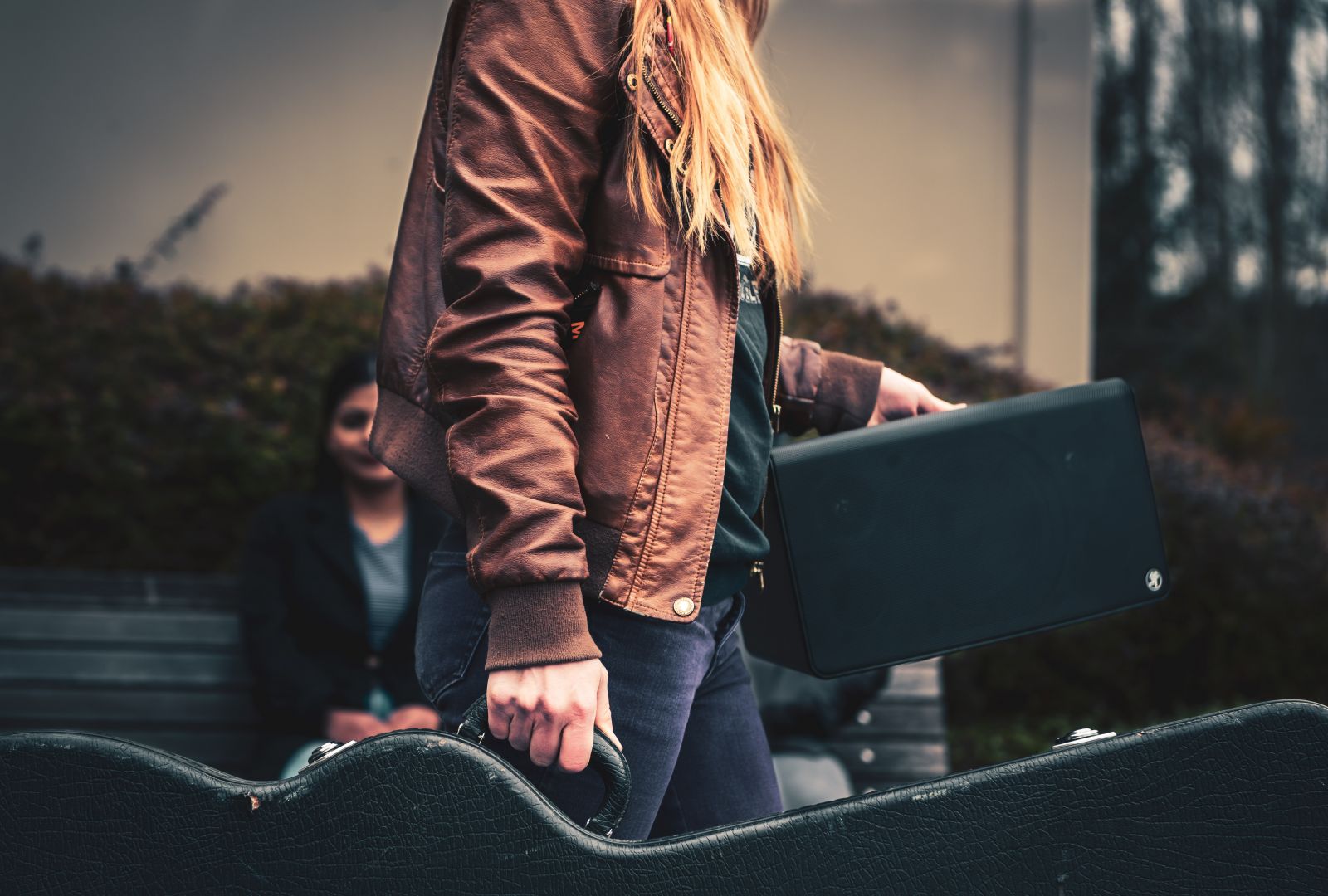 FreePlay Live has Thomas’s back at all kinds of live gigs. “For some performances, in some random office space or whatever, they don't understand that you need amplification, so they ask you to bring a PA,” she explains. “In the past, that has meant that I had to haul a giant speaker up from my basement, and all these cables, and find somewhere to put it. Now, I can just roll in with a mic stand and a FreePlay, plug-in, and go.” As someone who already lugs a drum kit to shows, the ease of transporting her PA, has made her life easier. “That was a big deterrent for me. Wanting to bring PAs to my own gigs, it was just such a big, extra hassle,” she says. “Now it's nothing. I just can do it.”

Of course, sound quality matters most, and Thomas is thrilled that FreePlay delivers, offering clarity and bass response she didn’t expect from such a compact speaker. “We were really happy with the way that it picked everything up.”

When Thomas is busking, the crisp, powerful sound of the FreePlay Live draws an audience—which ultimately leads to album sales. “Having amplification is incredibly valuable for street performers,” she says. “Even if I'm just standing on the side of the street playing ukulele and singing—a thing I do a fair amount of—the presence of amplification is the difference between someone walking by and not seeing you or someone stopping and listening and buying your CD.” 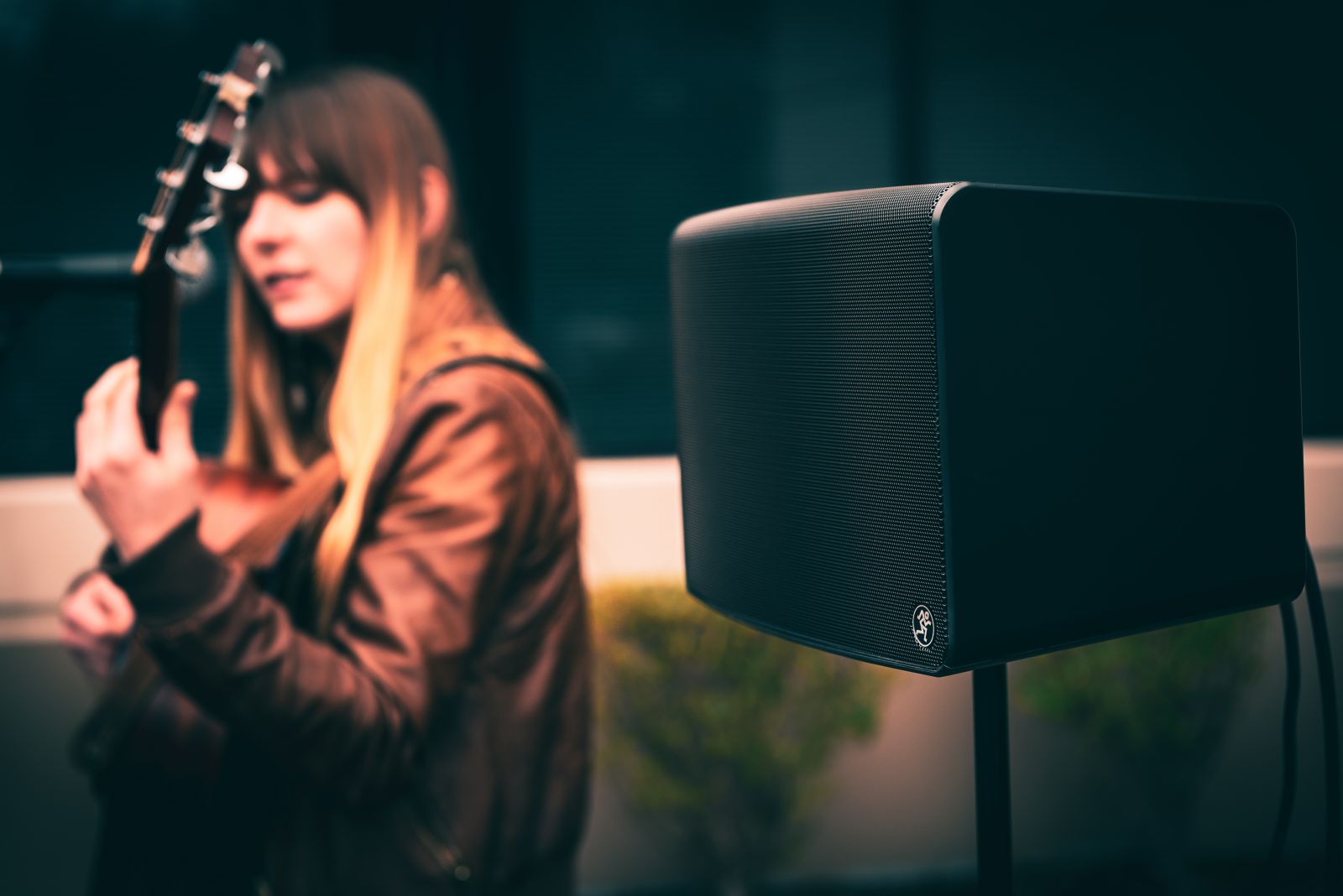 It’s easy to see why Thomas has become the face of Mackie’s FreePlay Live, which is at home anyplace you like to enjoy music. Whether she’s dining al fresco, streaming music for her drum students, or hitting the road in her old, speaker-less U.S. Postal Service van, the FreePlay is Thomas’s friend—rounding out 15 hours of battery power with Bluetooth capability and wireless control from iOS and Android devices. The FreePlay Connect app, Thomas explains, “takes some of the confusion out of the device. There aren’t all these knobs and buttons that you have to play around with. You just pull it up on your phone and get exactly what you want.” ​

Thomas is not afraid to say the Mackie FreePlay Live has changed her life. “There just wasn't anything out there that I had played with that provided what the device does,” she raves. “None of my friends had a portable, small monitor speaker…I couldn't find one that had enough power behind it. The introduction of the FreePlay Live totally provided something that I didn't have at all. I didn't even know it existed.”