Edmonds, WA-July 2018... When Academy of Music and Dance owner Colt Valenti and his wife opened their new Shoreline location in Edmonds, Valenti knew he wanted Mackie® sound systems in the dance studios. Delighted with the Mackie FreePlay™ personal PA he installed in his highly successful Ballard, Washington, location, there was no question he'd go with Mackie for the new facility. 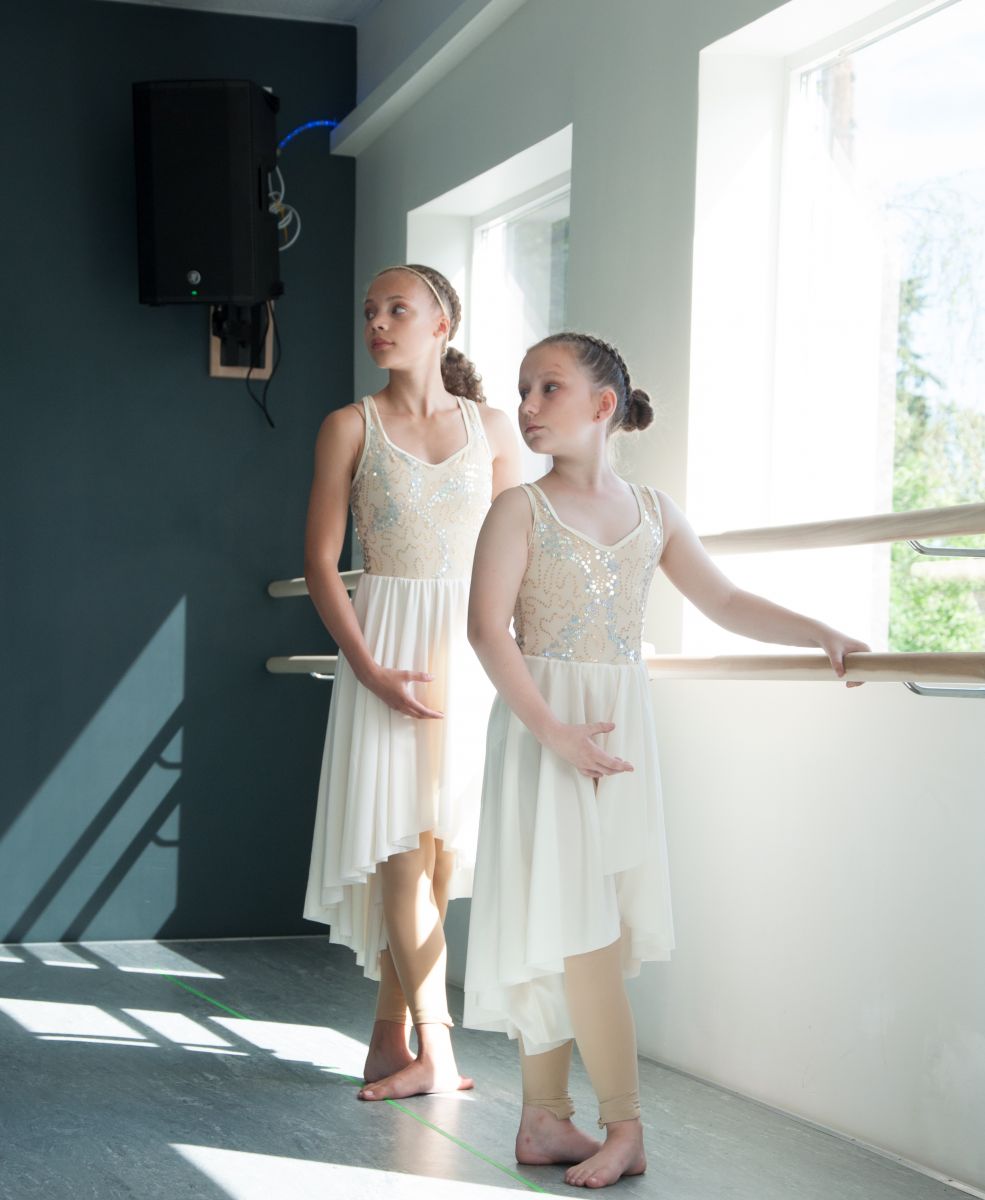 "At the Shoreline location, we have seven private music teaching rooms and two dance rooms where we hold group classes," Valenti relates. "We basically duplicated the layout of the Ballard location. I originally intended to put FreePlay systems in the Shoreline dance rooms because the one we have in Ballard sounds great, and it's compact and easy to use. With one exception, the dance rooms at Ballard are about 320 square feet, and the FreePlay is perfect for that. But the dance rooms at Shoreline are about 750 square feet each, so we decided to go with the larger Mackie Thump Boosted powered loudspeakers."

Valenti opted for a stereo Thump15BST system in each of his two Shoreline dance rooms. The Thump15BST's 15-inch high-output woofer delivers the dynamic, chest-thumping low end that keeps the dancers up and moving, while the 1.4-inch titanium dome compression driver complements with clear high end. Each Thump is armed with a 1,300 watt Class D power amp.

"The Thumps are cranking, and they're really great," Valenti enthuses. "We don't totally blast them because we have two dance rooms side by side with a shared wall, although it's sound blocked. We have the Thumps wall mounted, one pair in each studio, and we don't want to get so loud that it affects the studio next door. But because the Thumps are very directional, and we have them on wall mounts, as long as we aim them correctly, you can barely hear the system in the next room." 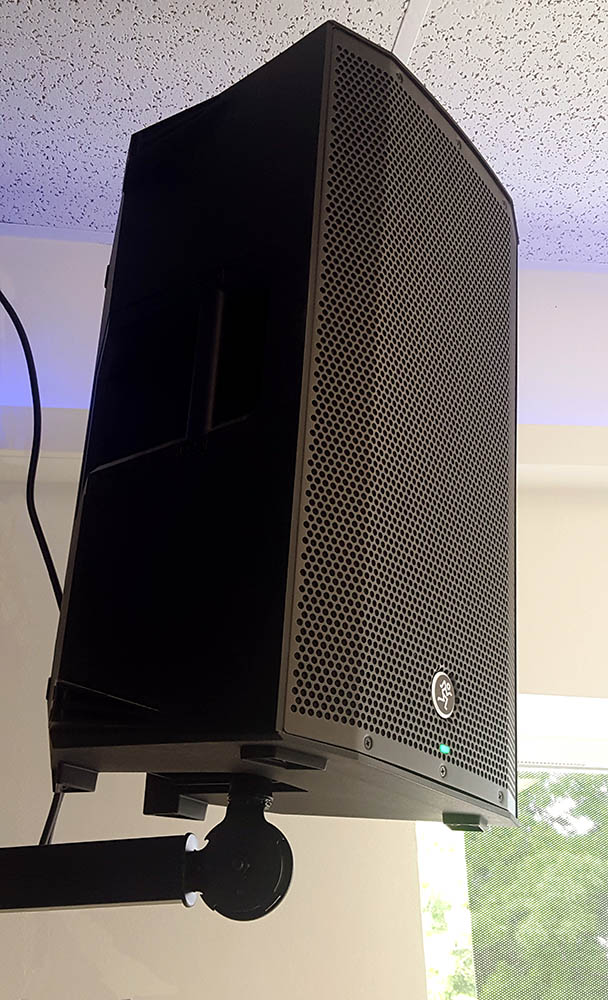 In addition to the Thump Boosted's larger size and extra-powerful low end, Valenti and the dance teachers are thrilled with the system's Bluetooth input. "Our teachers love the Bluetooth features because if a dance teacher is starting a track on a phone or CD player that's wired to the system, she has to run over to the system, start the track, run back over in front of the students, instruct them, and then run to turn off the music," Valenti recounts. "With the Thump, the teachers stream the music from their phones in their pockets, so they can stay in front of the students."

Bluetooth enables Thump Boosted loudspeakers to wirelessly link directly to each other at up to 100 meters for control, as well as streaming. "Normally, in a club, you'd connect four Thumps and control it as one system," notes Valenti. "Our application is different because we have separate stereo systems in two rooms, and they show up with the same name in the phone's Bluetooth finder. It works fine because we turn the systems off overnight, and when the first teacher comes in the next day and turns their system on, that one Thump system shows up in their Bluetooth finder, so they pair to it. When a teacher comes into the second room, the first Thump is already paired, and they can't pair to it. The Thump that isn't paired yet is the one in their room, so they pair to that. The same teacher typically uses a room all day, so they leave their phone paired. The pairings are cleared when they turn the system off at night."

By wall-mounting the Thump systems, Valenti saves floor space, which is important in a dance studio. "For us, it's all about getting everything off 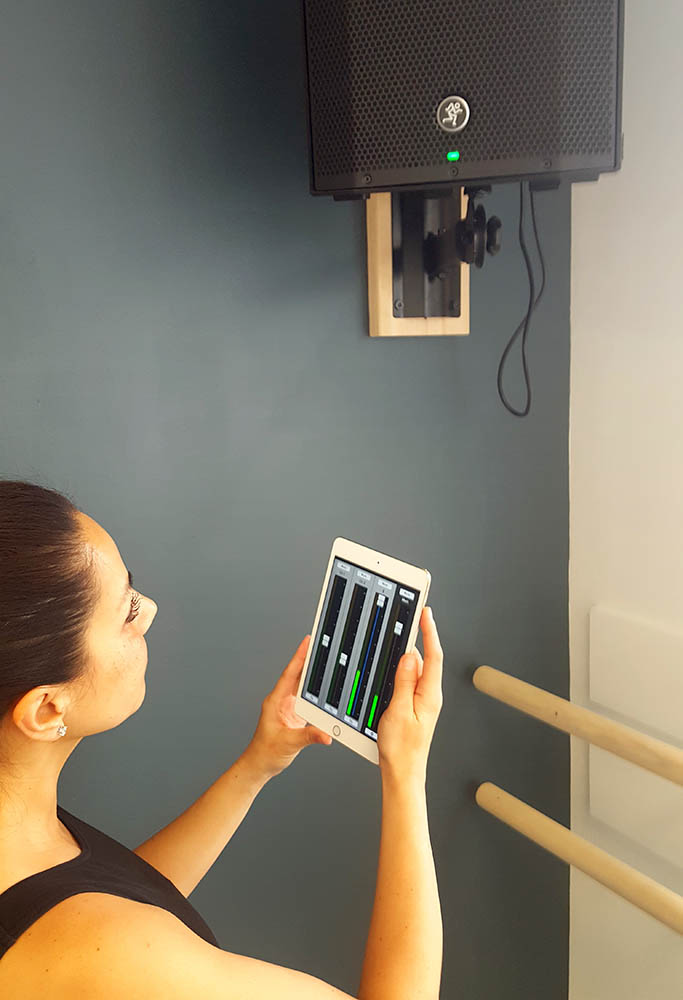 of the floor so there's more room for the kids," he explains. "In some dance studios, they have a rack-mount, rollable rig in the corner of the room with a scary-looking mixer the teachers don't need and never adjust. Our Thump system doesn't use floor space. And although the Thump has a three-band EQ, so adjusting the sound is easy, the system sounds so good straight out of the box that initially I just set the level. Eventually, I might tweak the EQ but it sounds really good right now."

The Thump system is accessible for the dance teachers, many of whom aren't tech savvy. "We just show them how to hook up Bluetooth," Valenti details. "But some teachers have been doing it for awhile, and they know what they want to hear. They can download the Mackie Thump Connect™ phone app for the control they want."

Valenti also appreciates the Thump's visual advantages. "My wife is an interior designer so we're very conscious of how the studio is designed," he reveals. "The way the place looks makes a difference to students, parents, and teachers. There's something subconsciously positive about getting rid of clutter and making stuff wireless. With the Thump and Bluetooth, the only wiring is AC power, and we have wall outlets close to the speakers. The new Thump Boosted speakers look really cool, too, and we like the glowing logo. Overall, we love the Mackie Thumps. They're working out really well." 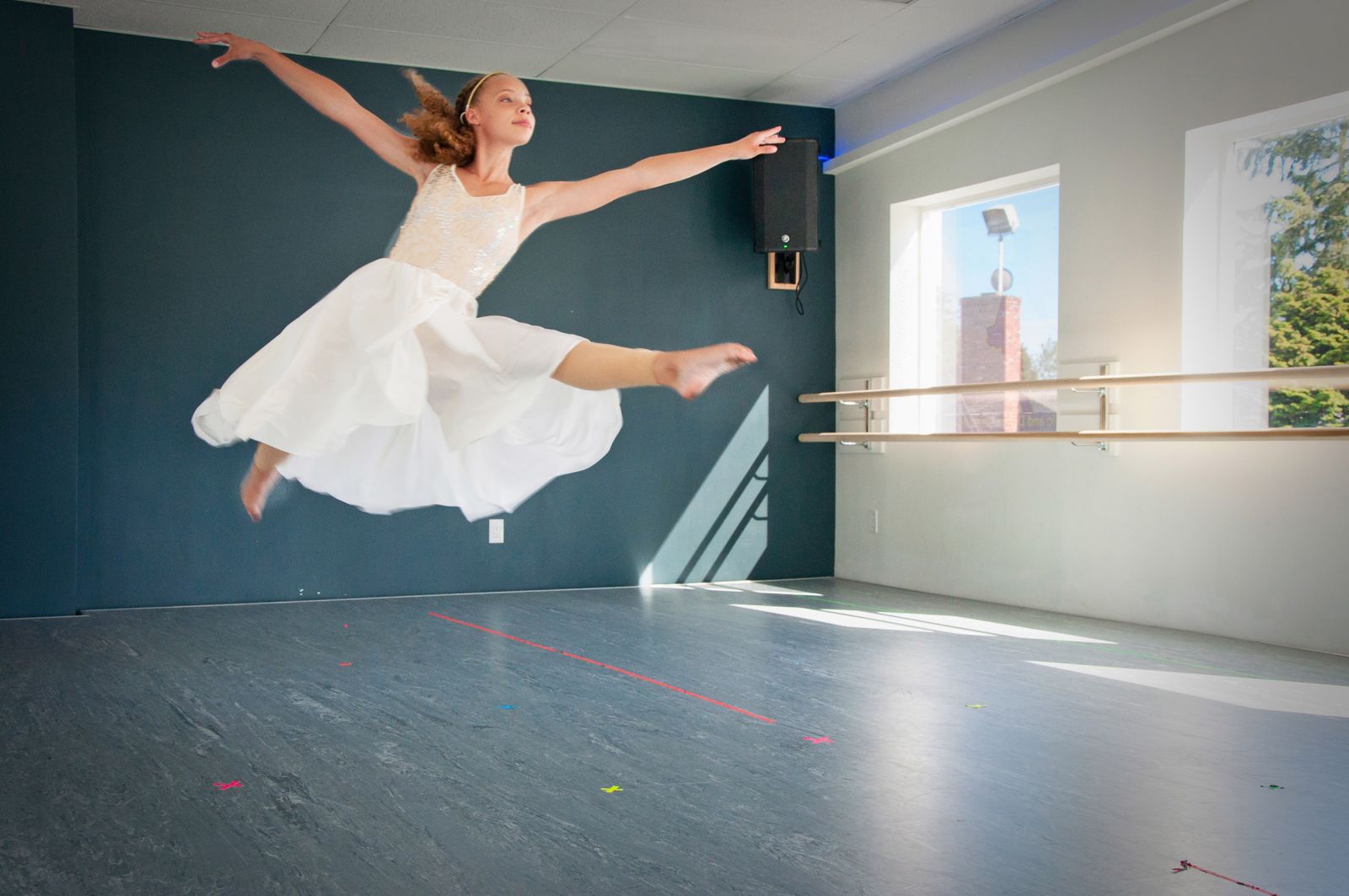