Have you ever noticed this symbol (Ø) on a mixer and wondered what it means? The button associated with it, generally found on each channel of your mixer or DAW, Inverts the Polarity of that channel’s signal. When engaged, the incoming signal is flipped 180°. In the image below, the red sine wave is normal incoming signal. The blue sine wave is what the signal would look like if we engaged the polarity inversion button. Note that the signal is not pushed forwards or backwards in time, the signal is simply just inverted. 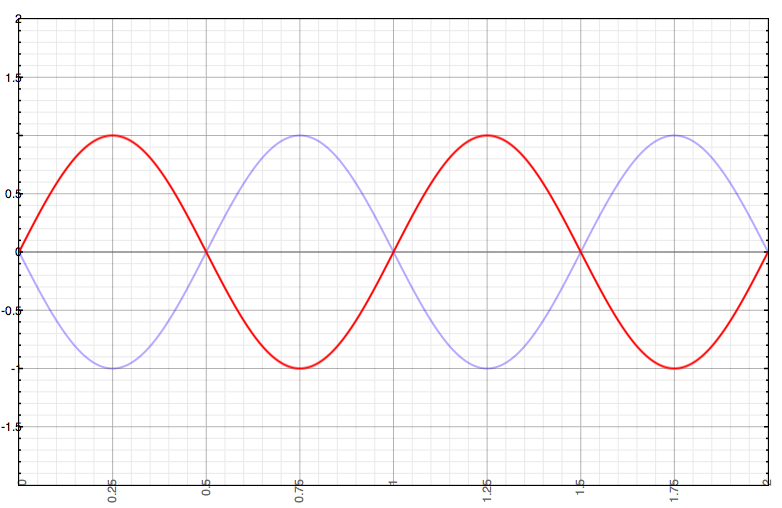 When would I need to use this function?

Generally, this function is used to fix phase cancellation problems. For example, say you have a snare drum that is mic’d up with a top microphone and a bottom microphone. When you monitor the snare drum, you notice that it sounds very flat and weak. This may be because of your mic placement. The signal coming through the “snare bottom” mic may be close to being 180° OUT of phase with the signal coming in through the “snare top” microphone. When this happens, the two signals counteract each other and results in little to no signal (see image below). When the two signals are IN phase, it will actually make the resulting signal bigger and louder (see image below). 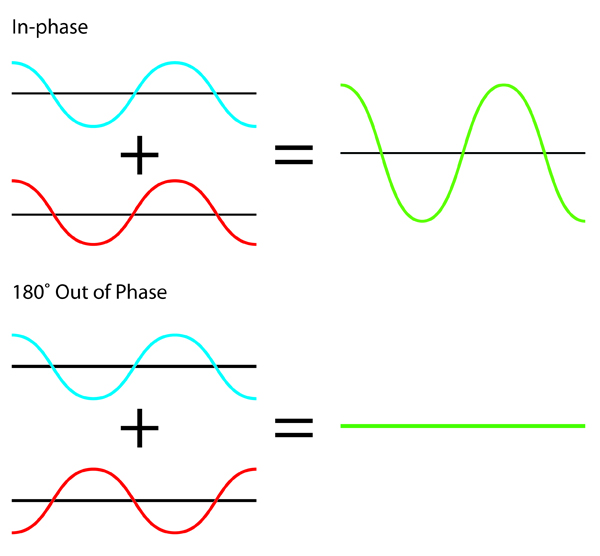 In our scenario, if we hear that the signal sounds weak or flat we can engage the polarity inversion button on either track to flip the signal 180° to try and get our two signals to be IN phase. This is a common issue when mic’ing up a sound source with different microphones. Because of the different distances of the microphones, all of the incoming signal’s timing will be a little off with each other. Soloing your tracks and engaging/ disengaging the polarity inversion button could potentially allow you to get the biggest, fullest sound out of your sound source.