WHAT'S THE DIFFERENCE BETWEEN GAIN AND TRIM?

You may see two knobs called “Gain” and “Trim” on a mixer and think they are the same thing. Often you would be right if you are used to analog mixers and preamps. On DL mixers, as well as many other digital consoles, the gain control is used to bring the input signal from the source up to a nominal level in the same way as any analog device. Specifically, the gain determines how much the analog audio signal is amplified by the preamp. 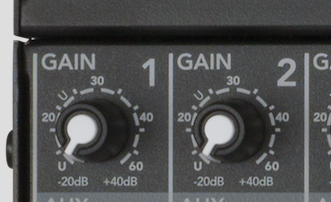 The Trim control operates in a similar way except that it is completely digital and happens after the analog to digital conversion. All of the additional "gain" it is adding or subtracting is purely ones and zeroes. So when would you want to use it? Well, any digital source such as a docked iPad® in a DL1608/806 or a feed from a Dante™ network into a DL32R doesn't have an analog signal, so Trim plays a huge part in keeping those sources under control. 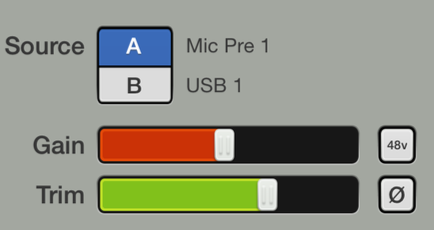 For DL1608/806 owners, you can take advantage of the Trim control for some added convenience on your analog channels. As long as you set the Gain on your channels a little on the conservative side (not on the brink of clipping), you can use the Trim controls to bump up or down the channel gain a bit if needed when mixing wirelessly. One thing to remember is that Trim is after the initial analog gain stage, so if the channel input is clipping, Trim cannot fix it.

Take a look at the screenshot from the DL32R manual to get a feel for the signal flow.