We are honored to receive the Electronic Musician Editors' Choice Legacy Award for the 8-Bus console. Back in 1996, Mackie unveiled the now legendary 8-Bus recording console. Bringing true studio quality sound and mixing capability down to a price range that enabled countless engineers and artists to achieve the same results they would get from consoles costing ten times as much. The philosophy behind the 8-Bus console is the same as we go by today. Create gear that doesn't sacrifice sound quality, offers innovative features and makes getting great results easier, all while being "Built-Like-A-Tank" to survive what musicians and engineers put their gear through.

But we didn't stop there. Around the same time Mackie raised the bar in compact loudspeaker design with the SRM450 powered speaker. This road-worthy molded cabinet with a built-in amplifier revolutionized the industry and established a new standard for what anyone expects out of their PA speakers.

Continuing that tradition today, we still strive to bring innovative, groundbreaking products that change the way people experience their audio for the better. Like the DL Series digital mixers that pushed wireless mixing into the mainstream and eventually grew into the AXIS Digital Mixing System featuring the innovative DC16 Control Surface. Or even the original Big Knob that to this day is the command center for studio monitor setups in thousands of studios of all sizes and has evolved into the new Big Knob Series. And the list goes on.

It puts a smile on our faces every day knowing that there are many 8-Bus consoles still in use to this day helping the next generation of artists create amazing music.

For 25 years, the Editors’ Choice Awards have recognized the best music production technology for artists, producers, and engineers. This year, in honor of our anniversary, we’re expanding our focus—in addition to honoring the year’s best new innovations, we’re also paying tribute to game-changing products that have shaped the way we make music. 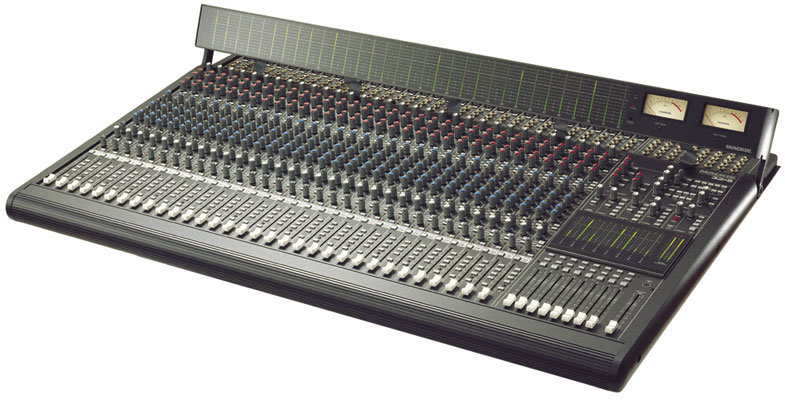 With so much home recording happening in the ‘90s, musicians began looking for a high-quality, yet affordable mixer. Mackie unveiled its 8-bus mixing console just as the ADAT and other multitrack digital-tape formats were flourishing. The mixers could be purchased in configurations up to 32 channels, and included surprisingly clean mic preamps and EQ on every channel, not to mention metering and a wealth of patch points. Depending on the mixer you chose, you could end up paying just over $100 per channel—not a bad deal back then.